The entire six issues of VANISH TWO from 2013-2014 is now available as a download.

Weight A Second – an impossible estimation routine by Stefan Olschewiski

Magician’s Crossword Puzzle – print this off and have some fun

A Tribute To Jaks – another great routine by Banachek

OMGNAACAAN – Oh My God, Not Another Any Card At Any Number – routine by Paul Alberstat

The Jolly Jester by Steve Spill – Some great stories working with Bob Sheets – things you couldn’t do now!

Striking A Chord – Music and Magic by Lee Alex

Magic Reviews – the latest products, DVDs and e-books from around the world

Lessons I have learned from Mark Wilson by Michael King

Mentalism – An Adventure in Mysticism by Craig Browning

Consume … and Forget by Larry Hass

Preserving the Past, in the present; creating the future by Ben Robinson

Down Under by Danny Archer

What Movie Sequels can teach you regarding shows by Cris Johnson

The Magic of Os! By Lee Alex

FROM THE DESK OF KEITH FIELDS

The Secret To Sorcerer’s Safaris’s Success by Nicole Lee

The Jolly Jester by Steve Spill

Why Fear and Loathing in the Magic Marketplace By Bizzaro

It’s Bad luck to be superstitious by Richard Webster

Amplify Your Show with these Show-Music Essentials by Matthew Fallon

Be Careful What you Sell by Chipper Lowell

A Rare Opportunity – Paul Gross on the influence of Mark Wilson

An Adventure in Mysticism – Part 2 in a series by P. Craig Browning

Imaginary Circumstances – You’re Such A Character by Joey Pipia

Nick Lewin Presents —- Jason Andrews – Taking it to, and from, the competition

Back To Basics – marketing tips from Cris Johnson

Magic on TV – Peter Mennie on how to get on television

Where Do You Stand? – By Keith Fields – a working pro

What REAL SECRETS? – Interview by Richard Webster with Adam Milgate

MAGIC TRICKS YOU CAN PERFORM-

Sense of Touch by Steve Friedberg

The Pancake Switch by Andrew Stark

The Key to 7 Keys to Baldpate

The Liar by Christopher Taylor

Kiss Me Fate by TC Tahoe

The Nexus Effect by Wayne Rogers

MAGIC REVIEWS – the latest products from the world of magic

Magic In The Movies by Chipper Lowell

How To Perform and Work Internationally – Leif David

CYBERGICIAN BELONGS TO YOU by Aaron Smith

THE LEGEND OF CARDINI LIVES ON by Steve Spill

MENTALISM – AN ADVENTURE IN MYSTICISM by P. Craig Browning THE FOUR STAGES OF LEARNING by Mick Peck

SOMETHING GAINED, SOMETHING LOST by Eugene Burger

ON LOCATION AT MAGICDEALERS.COM by Aaron Smith

MAGIC AND MUSIC by Cris Johnson

ERIC OLSON – A WIZARD OF SHOW AND BUSINESS by TC Tahoe

THE MAGIC ASSISTANT by Gwyn Auger with A Burton Babe

WILL WORK FOR FOOD by Leif David

VISION – review of a show in Singapore by Fred Hann

FIGHT FOR YOUR SHOW EVERY TIME by Chipper Lowell

MAGIC TRICK REVIEWS – we look at the latest books, DVDs, tricks and e-books – some reviewed for the very first time.

The Dec/Jan issue has a WORLD EXLUSIVE story – we are honored to have an artist of the caliber of Aurélia Thierrée on the cover; and the opportunity to look into her amazing work. This is a story every magician needs to read and a show we ALL NEED TO witness.

Also in this issue:

Married To Magic by Matthew Fallon

The Bidding War by Chipper Lowell

Looking Back by Keith Fields

Dancing on Air by Ben Robinson

Secret Powers: A Principle for Better Magic by Aaron Smith

Escape for Life by Laura Eisele

Nothing To Hide Show Review by Ben Robinson

Mentalism: An Adventure in Mysticism by P. Craig Browining

Rehearsing Will Set You Free by Joey Pipia

Jay Alexander – The Art of A Modern Magician by Nick Lewin

Performing for the Very Young by Tony Cris

7 Ways To Thank Your Client by Leif David

Give The Band A Break by Wayne Rogers

Creativity and the Right Way to Be Inspired by Maximllan Draco

FROM THE EDITOR – Paul Romhany

FROM THE DESK OF KEITH FIELDS

How Joan Rivers Gets Me Laid – Steve Spill

Evolution of our Magic – Charles Bach

DO YOU HAVE A RIDER? – Peter Mennie

Child’s play – How to pick the perfect assistant – Tony Chris

Greece Is the word – Lee Alex

Lunch With The Spirits – Wayne Rogers

Creativity And The Right Way To Be Inspired – Maximilian Draco 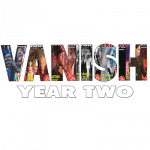