The Vault – Shadow by Morgan Strebler

Did you ever try to move your hand so fast that, just maybe, you could leave your shadow behind?

You’re hanging out with a couple of people, playing with shadows…talking about the time you spent as a kid trying to “out run” your shadow. You slowly move your arm back and forth where its shadow naturally follows. You attempt to jerk your arm away for a quick get-away from your shadow… but no luck.

You make one final sudden move with your arm…when THE IMPOSSIBLE
HAPPENS. The arm’s SHADOW stays FROZEN in ONE SPOT as your REAL ARM MOVES almost a foot away! An astonishing second or two later, your arm shadow and your real arm re-connect……where the shadow once again naturally follows the movement of your arm.

Morgan’s Shadow is elegantly accomplished by the simple yet ingenious choreography of bodies, lights and shadows. So, minor audience management skills are required.

Note that Shadow is best presented as an organic “Miracle Moment” for two or three lucky people at a time.

BLOW
You blow on one spectator’s hand while another person a distance away feels the same blowing sensation on their own hand. 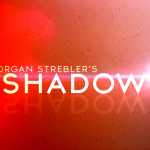