The Reputation Maker sees two-time FISM award-winner, Matthew Wright, team up with the “Godfather of British Magic,” Harry Robson, to bring you an incredible learning resource for one of the most powerful weapons in card magic.

A regular deck of cards (which can be borrowed and shuffled by the spectator) is spread and a spectator merely THINKS of any card they see… a totally free choice, no force. The magician or mind reader now reveals the card they are merely thinking of.

Matthew and Harry have over 50 years of experience performing this effect at every gig they do… literally hundreds of thousands of real world performances. Now, for the first time, they are giving all their secrets and tips away in one 80-minute Download.

With routines and effects designed for complete beginners as well as more advanced students of the art, The Reputation Maker will have you performing this effect right away, with 100% success!

Included on the Download is step-by-step, in-depth teaching on technique and psychology. They present multiple ways to reveal the thought-of card, including direct mind reading, card to pocket, card under glass, card on shoulder and much more. Also featured is the “Harry Koran Deck,” a variation of the think-of-a-card plot that makes this effect instantly accessible to all skill levels. This idea is then taken a step further with an astonishing double prediction that is simple yet diabolically deceiving.

Two of Britain’s biggest stars have built their reputations with this trick… now you can too. 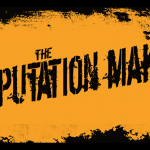