More than just a collection of tricks, the material demonstrated and taught in the second volume of Al Schneider’s landmark video series could easily form the backbone of an entire close-up act!

Master any of these magical showpieces and you’ll quickly earn a reputation for performing professional-caliber magic like one would expect to see in Las Vegas. This is truly powerful material!

AMBITIOUS CARD – A selected, signed card is returned to the deck four times yet continually rises to the top. This classic of magic is enhanced by Al Schneider’s handling of the basic move that makes this effect work, turning a standard card effect into a miracle.

DYNAMIC COIN – A coin interlude in which a coin disappears, reappears, penetrates the back of the performer’s hand and much more. Lots of magic – and all you need is a half-dollar!

TRI VANISH – Three coins disappear only to quickly appear at the ends of your elbows. If you learn it and perform it just once, your audience’s response will convince you to use it in every show.

COINS ACROSS – Though all eyes are glued to your every move, three coins magically travel from one hand to another. It’s done slowly and deliberately – and it’ll knock their socks off!

OFF – A finger ring is threaded onto a length of rope three times yet comes off with just a simple tap on the hand. A spectator who watched Al perform this ten times in one evening finally asked, “Where do you hide the other ring?”

CROSSED CARDS – Coins seem to melt away to nothing and appear under cards crossed on the table. Spectators are often heard to say, “That’s beautiful!”

SLY NAPKINS – The perfect impromptu routine. A small bar napkin is torn into two pieces and each piece is rolled into a ball. The small balls magically jump from one hand to another, vanish and reappear. It’s an any time, any place effect that’s loads of fun.

HIMBER WALLET ROUTINE – Several blank pieces of paper are magically turned into real twenty-dollar bills! Several principles have been combined to make this a very deceptive routine for a common prop, plus – it’s easy to do!

ONE HALF GONE – In a very slow and convincing way, the performer sandwiches a half-dollar between four copper coins and puts everything into a coin box. However, the silver coin manages to escape, despite the very fair conditions. Easy to do – and you’ll love the surprise ending!

HUGS AND KISSES – Three large silver coins with “X’s” cut into them and three copper coins with “O’s” change places in a very mysterious way.

MATRIX – This is the trick that made Al Schneider a legend. Four coins, placed under four playing cards, magically gather together. Though it’s one of the most imitated tricks in the history of magic, Al’s original version is still the best and chances are, you’ll almost certainly fool magicians who haven’t seen it. 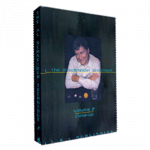