Hello, I am Sam Wooding, and these are my lecture notes for 2017. There are nine effects in these notes, as follows:

One Envelope Test: An easy and direct drawing duplication. The spectator draws anything. They then place it inside an envelope. The mentalist shows the front and back of the envelope and places it aside. The mentalist is then instantly able to divine the thought-of drawing.

The Mirror: A stunning piece of propless mentalism using tic tacs. You will perform this wherever you go.

Human: Propless mentalism using Lego blocks. The spectator thinks of a color of a Lego block, how many points on top, and a structure that they can build. The performer is then able to divine all three pieces of information.

Vale: One of the easiest ways to force a playing card suit. This is a principle that also allows you to force a random word. No equivoque is used, and it is 100% propless.

Complimentary: A spectator writes two completely different things on two slips of paper. The mentalist is able to divine both pieces on information.

Express Click: A beautiful routine where a spectator thinks of a number and the mentalist is able to divine the number.

ACAASH: Any Card At Any Super Hero! A spectator thinks of a card, and names a super hero. The performer deals down one by one, spelling the super hero’s name as they deal. The performer turns over the dealt card and it matches the spectator’s thoughts! But here is the kicker! Written on the card is the super hero they just named! This effect has an instant reset which makes it perfect for walk-around performing.

Deactivation: The spectator thinks of the way they take their coffee. The mentalist is able to divine how many sugars they take (if they take any), and the type of coffee they like.

Five Bonus Ideas: Includes how to build and create a character, new insight on readings, how to construct psychological forces, and a brand new multiple-out principle!

This PDF isn’t just something you will pick and read. This PDF will inspire you. It will challenge you to see how you can change your performances and your style.

All the effects are specifically designed for the performer on the move. As a result, no massive or odd-looking props are utilized here to bog you down. Light and easy items to carry! 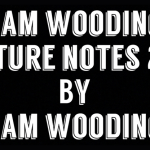