LINK is Nefesch’s adaptation of Corinda’s “De profundis” Routine which can be found in his “Thirteen steps to mentalism” book, Step Four (predictions), Page 105 and 106.

It include colaborations from:

Two spectators are invited on stage, they will help in a telepathy experiment between them, is a linked mind type of experiment.

The performer introduces a length of a rope which is given to the spectators, each one is asked to hold one of the ends and to keep the rope straight between them while facing each other, the performer will count now from one to ten, he instructs the spectators to keep their mind relaxed and to focus only in one of the numbers that they will hear, it should be the number that they feel a mental vibration on.

When the performer finishes counting up to ten, he asks to the spectators to say out loud what number they have fixed on; for the surprise of the audience they both say out loud the same number at once. This part of the experiment can be repeated as much as wanted.

But now is time to take the experiment one step further, the performer announces that the experiment has gone so well so far, that he would like to remove the rope from the scene and this time a direct link between both of the spectators without the need of any object in between them should be made.

The performer requests the spectators to hold their hands (as if they were greeting with a stretch hand) while watching each other, the experiment will go just as before, but this time instead of numbers he will pronounce some names of some cities, they are to fix their mind into one of them, the one they feel a mental touch on.

When the performer has ended enunciating the cities, he asks the spectators to name out loud the city they have, to the surprise of the audience the city they both name is the same one. This part of the experiment can be repeated as much as desired.

Now again is the time to take the presentation one step further.

The performer announces that since both of the spectators seemed to have linked their mind very well so far he would like to try to do this experiment without the need of any physical touch at all.

If desired everything can be predicted in an envelope that was in full view all the time. 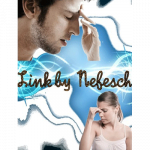