This is the Glass Box Prediction on steroids!

New and exciting techniques that take the original glass box far beyond anything you imagined possible.

Almost double the size of the first release with new material that has NEVER appeared in print. Positively the most impossible headline prediction ever created. These new techniques will convince your audience you have the ability to see the future.

You give a VIP (very important person) a clear plastic box containing three predictions weeks in advance. The three predictions are plainly seen inside the box. YOU NEVER TOUCH THE BOX AGAIN. On the day of your show, the VIP brings the box to your show and opens it in full view of the audience. He takes out the predictions and reads them aloud before you even touch them. You have corrected predicted the headlines under the most impossible conditions imaginable.

NEW INFORMATION THAT DEVIN HELD BACK IN THE FIRST RELEASE NOW REVEALED!

These ideas are not limited to just the Glass Box, you can apply many these ideas to almost any headline prediction you may currently be using.

BONUS: The 1985 Ultimate Prediction. This is the exact method used by Devin Knight in 1985. He used this method to achieve world-wide fame with articles in over 2000 newspapers after predicting the Newfoundland plane crash. Your prediction is written in full view of the VIP and media. The VIP signs and dates your headline predictions. The predictions are sealed in an envelope which both the VIP and media members sign their names on to prevent a switch.

On the day of the show, the VIP opens the envelope and reads the predictions. You are 100% correct. NO switch of the envelope, in fact you never touch it even secretly after it is sealed and given to the VIP. ONLY one headline prediction slip. It is NOT switched. You touch NOTHING ever, while on stage and I mean nothing, not even secretly. NO preshow work with the VIP. He brings the envelope to the show, opens it and reads the prediction slip he signed 30 days ago. NO GIMMICKS, no carbons, just the envelope and predictions. There is ONLY one envelope used period. Again no switches of any kind! Everything can be left for examination.

Here is what the reviewers are saying:

“The Glass Box Revisited is a fascinating must read addition to the classic headline prediction story. The many tips and bits of business Devin has revealed will be of great interest to mentalists from neophyte to professional, especially the tech age information that brings everything up to date.”

“Devin Knight released his headline prediction a few years ago to great acclaim, but now he’s re-releasing a version which contains invaluable subtleties that he held back. You can certainly buy a four-figured slick-looking gimmicked prop to do an effective glass box headline prediction, or you can learn Devin Knight’s handling which is just as stunningly effective, if not more so, for a sliver of the cost. In addition, the instruction manual for the aforementioned expensive prop does not contain all of the psychological details and subtle details needed to pull off this incredible miracle. The Glass Box Prediction does.”

“Devin is deep and devious. He is not afraid to deviate from standard approaches and presentations. More than once I had to smile with respect for his off-the-wall genius. You will too, but to completely embrace his concepts you almost are required to become Devin Knight. As Rick Maue would say, ‘This may require balls of steel.’ You are starting on a journey that will be exciting and arduous, but highly worthwhile. Please listen and learn from a modern master.”

– Jack Kent Tillar, Author of Quintet: Predictions for All Occasions and The Blister Book, Southern California – May 2009 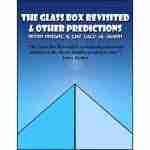